Anybody who has had to do house chores knows the nuisance that old plastic bottles can cause. Some households use them as water containers while others simply choose to throw them away. However, we all know that simply throwing them away is irresponsible behavior. With no access to recycling bins, perhaps it is best to find some other use for the plastic bottle rather than just throwing them away. Listed below are some ideas for reusing these bottles;

Will give a new glow to any room you decide to hang the lights in. Not only is this idea easy to implement but it also gives a hint of your creative abilities to all those who see it. All you have to do is cut the bottle in half so that you have the upper part and lower part of the bottle in your hands. Take the upper part (which contains the bottleneck) and slick the plastic using a scissor. Slice it in such a way that the slices remain attached to the bottle neck. Do the same with lower part. Now attach these ‘flowers’ to any small bulb or lamp and there you have your very own flower lamps.

This is one of the most common and widespread use of old plastic bottles that is employed by resourceful housewives and individuals interested in home décor. There are several ways to use a bottle as a flower pot. The simplistic approach would be to simply fill a bottle with water and immerse your plant in it. More resourceful people, instead, cut only a side of the bottle while holding it horizontally. This space serves as the opening where you would plant your flower while the rest of the bottle is filled with mud.

the usefulness of your idea for the bottle depends largely on how you cut your bottle. If you have bottles for varying shapes and colours, you could easily cut them in half to develop small items such as pen holders. Not only are they useful, but they also look cute on any desk. 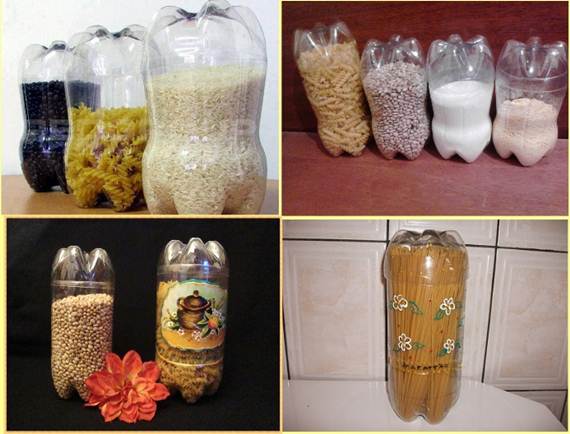 This is a slightly tricky idea but very much possible if you know how to use a scissor and have some creativity skills. All you have to do is cut separate the bottom part of the bottle. Obtain several such parts and staple or glue them together in such a manner that it appears to be a kind of dome (or resembles an arching chandelier). 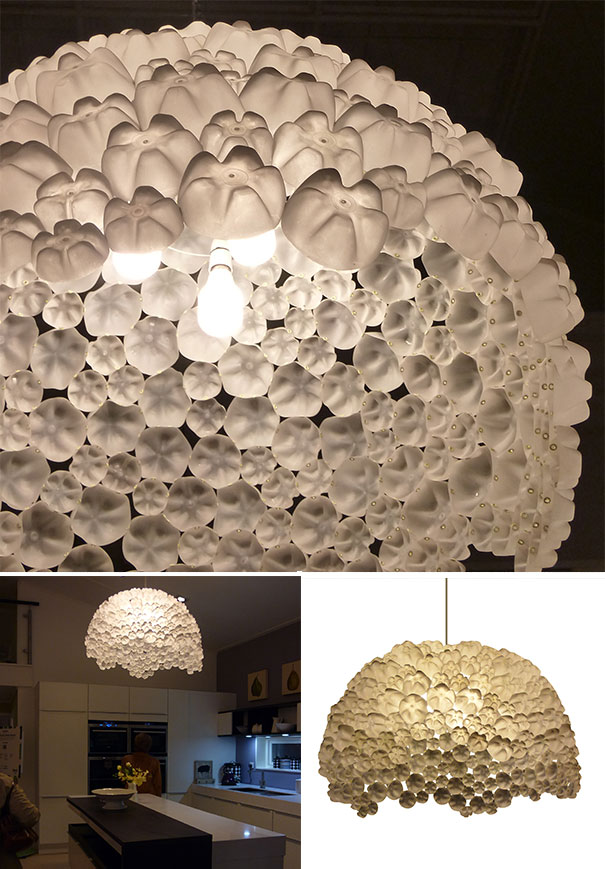 An intelligent and resourceful use of the plastic bottles. Just grab hold of any bottle and make several small holes at the bottom of the bottle. Next, attach it to any hose while it lies diagonally. Turn on the water and let the magic happen.

Remember that there are numerous ways to reuse the bottle and all you have to do is use your imagination and be creative with the scissor. Also, try to get funky by painting and coloring your ‘inventions’ in order to make them more attractive.