The veins that become enlarged and twisted are known as spider veins, which is actually a mild form varicose vein. Usually spider veins are not harmful but merely looks strange in appearance, however it poses a high risk for circulatory problems.

Spider veins are usually caused due to prolonged periods of standing or sitting and inactivity. Moreover, hormonal changes including contraceptive pills, pregnancy, overweight and exposure to sunlight are more reason behind spider veins appearance. In order to reduce the pain caused due to spider veins and prevent them from appearing it is suggested to have a walk in intervals of about an hour or so.  This won’t probably reduce the appearance of the spider veins that you already have but it will help in preventing the new ones from popping up.

1. During the day and even in nights try to wear compression stockings, which are usually available at drugstores in wide range of colors. It pushes the spider veins towards center of the leg making them less visible and help in improving blood circulation.

2. Consult a dermatologist for sclera therapies as well don’t forget to get a suggestion for the creams available in the market to reduce the appearance or remove/prevent them in future. 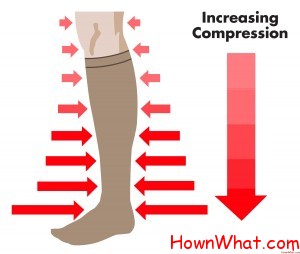 3. Get laser therapies, which send strong bursts of the light into the veins resulting in disappearance but it shall require several therapy treatments before the spider veins are completely unremarkable.

If you’re suffering through severe pain due to spider veins then it is suggested that you should directly consult a doctor.